Listening to the melodious tones of the old Gray Hair Net, using Amplitude Modulation, on 160 meters shortwave. Exact frequency is 1.945 MHz. Not bad for a 80 year old radio, I think the original owner W1KEK would be pleased to know that his treasured set, that he bought back in 1937, has returned to the air.

Very pleased with how this project turned out. The audio is very sweet, with some nice wide bandwidth for hifi AM audio. Just waiting for the electrolytic filter capacitors to finish the project.

Here’s the solution to the sliding coil deteriorated bushing problem on the National NC-101X shortwave receiver. Unlike that other National products with “plug in” coils, like the HRO, the early NC-100 series use a “catacomb” coil assembly that slides inside the chassis to switch bands. A very ingenious design, and it works very well..for 80 years or so, and then the plastic bushings deteriorate from age and use.

The chances of finding new old stock bushings is slim to none, and even if they were available, they’d be just as deteriorated as the ones inside my receiver.
The solution, order a 1/2” to 9/16” bronze bushing from McMaster Carr, machine it down so the outside diameter is .512 inch, press in place using Loctite to retain, ream the ID so the shaft slides through the bushings freely.

I’d like to thank Marc KA2QFX for his very gracious and kind skills in the machine shop, machining the new bushings to fit properly into the sliding coil form.
After two long months, I can finally see the end of the NC-101 project in sight. 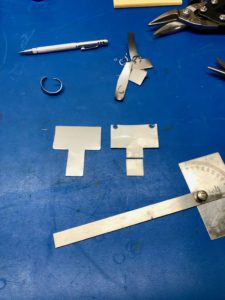 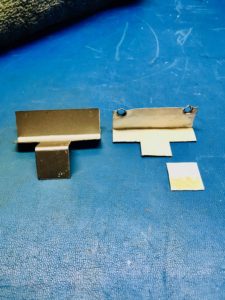 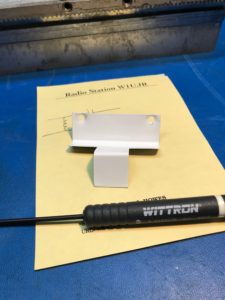 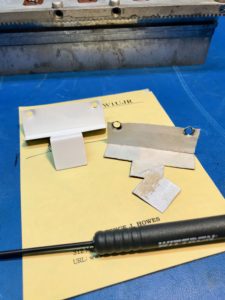 While this is for the 101X, most it likely applies and hold true for any of the National moving coil products.
What had occurred to this unit, is that the plastic bushings had been brittle, loose and broken over the last 80 years, the coil became unusually binding when I attempted to move it. Concern that I might damage one of the unobtainable coil sets, or the contact fingers, let me to a solution. Since National is no more, I figured I could find a current product, and adapt that to the application. McMaster-Carr is an excellent source of such items, and small hardware, and a quick search of their online catalog found several possible candidates. Since the shipping was more than the $5 parts, I ordered two sets of the plastic and one set of the bronze bushings to try.

One thing I did have to satisfy myself on, was if the coil Assembly itself was a ground potential. Being insulted by the plastic bushings, I wasn’t sure if the coil housing was actually electrically insulated. Having another NC-101 on hand made it pretty straightforward work, I removed the bottom panel and using a ohm meter verified that there was continuity from ground to the coil assembly itself. I was glad to discover this, because it meant I could use bronze bushings without fear of grounding the sliding coil.

Step by Step Removal of the Sliding Coil Assembly 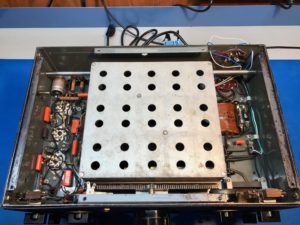 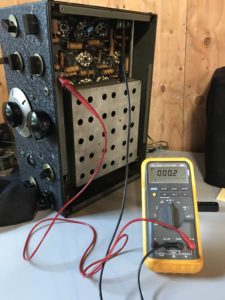 No, that’s not Clarlize Theron’s young sister, but close. 😉
Sure makes that old transmitter look pretty! 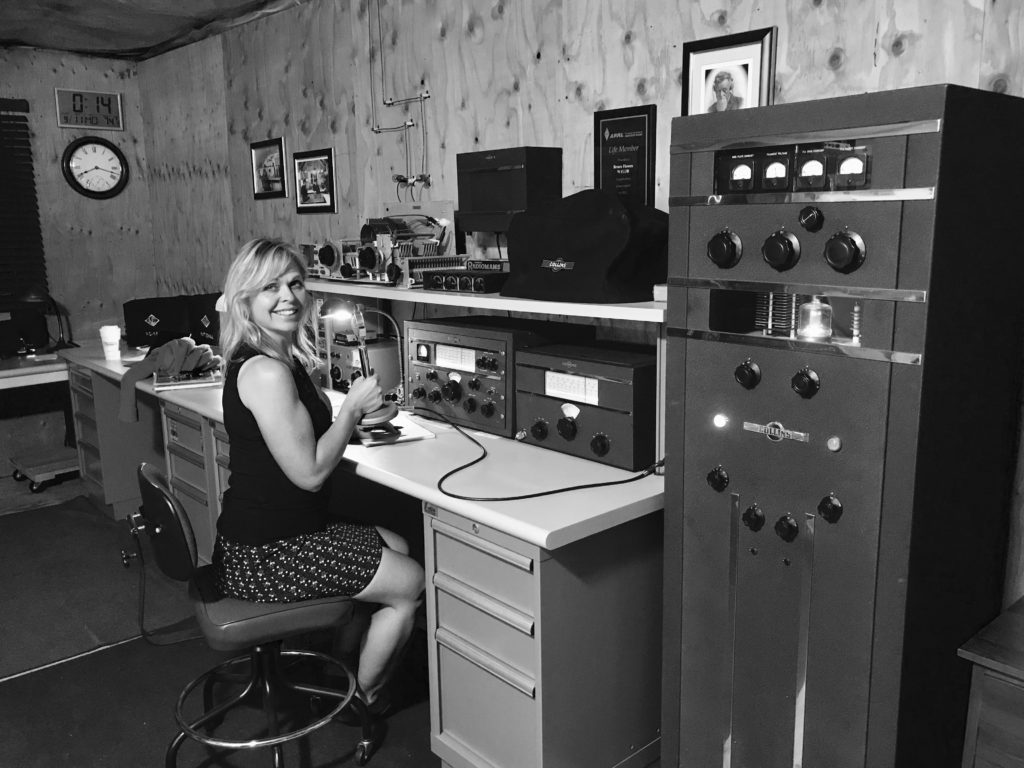 If You Build It They Will Come (In). Regenerative receiver kit from Borden Radio Company. Wind your own coil. Building like old time radio. Plays like a dream. #hamradio #shortwave #kit #ifyoubuildittheywillcome #arrl #awa #hamradio #amateurradio #w1ujr

Tomorrow evening I start with replacement of the old wax paper capacitors, 21 total. Then onto the replacement electrolytic, reinstallation of the moving coil assembly, paint some Extend rust convertor on the bare chassis spots, and finish off with an alignment. 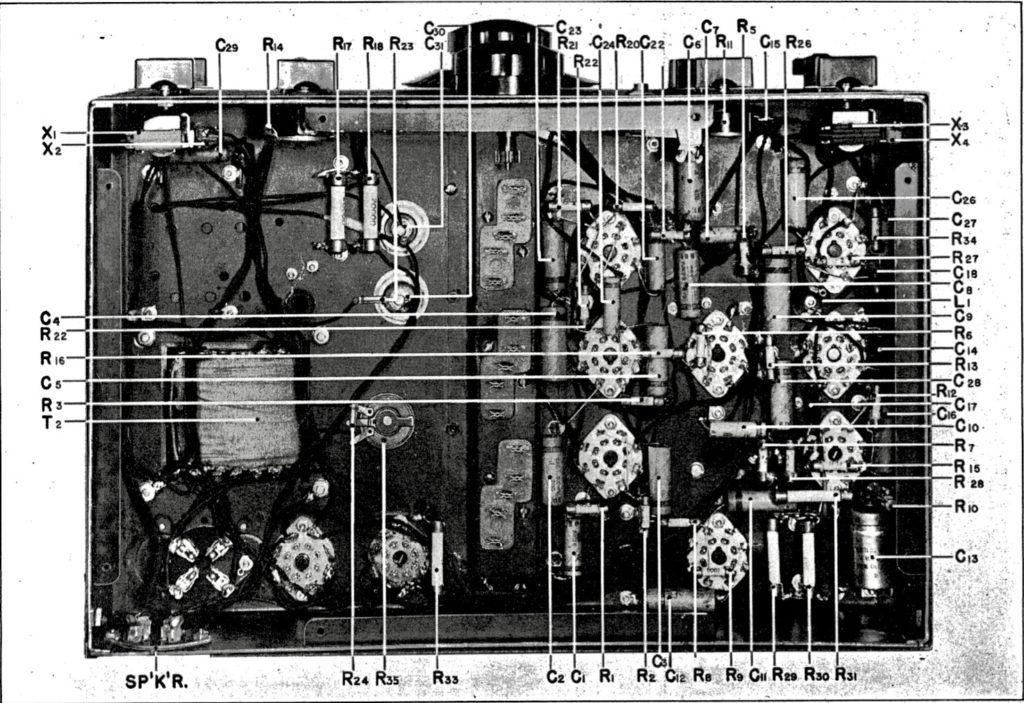 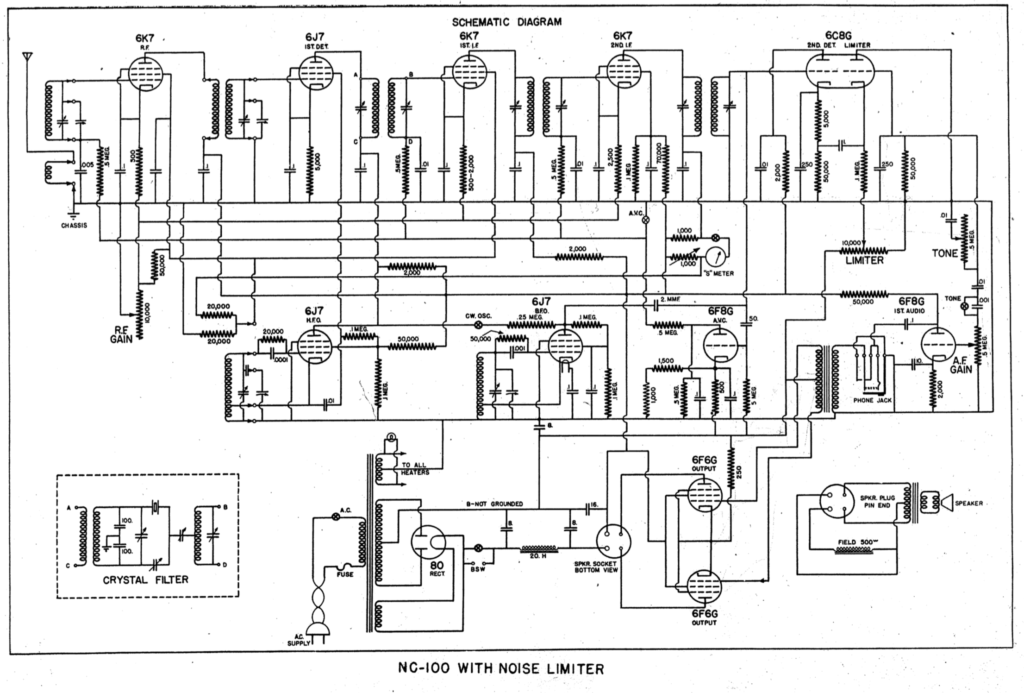 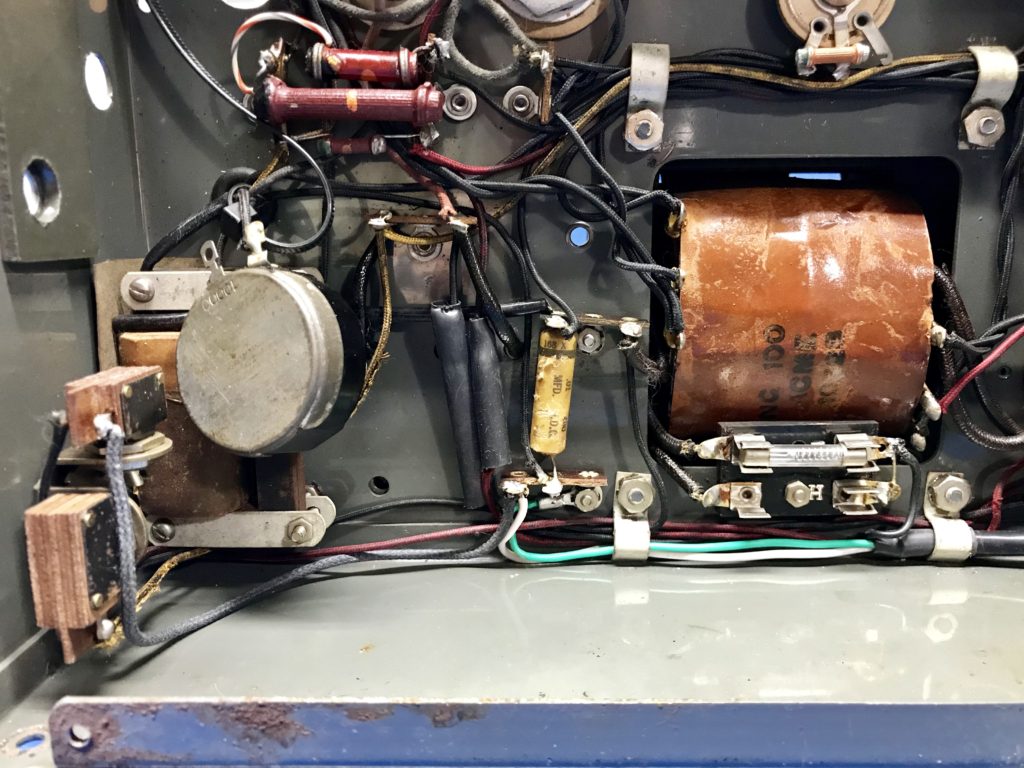 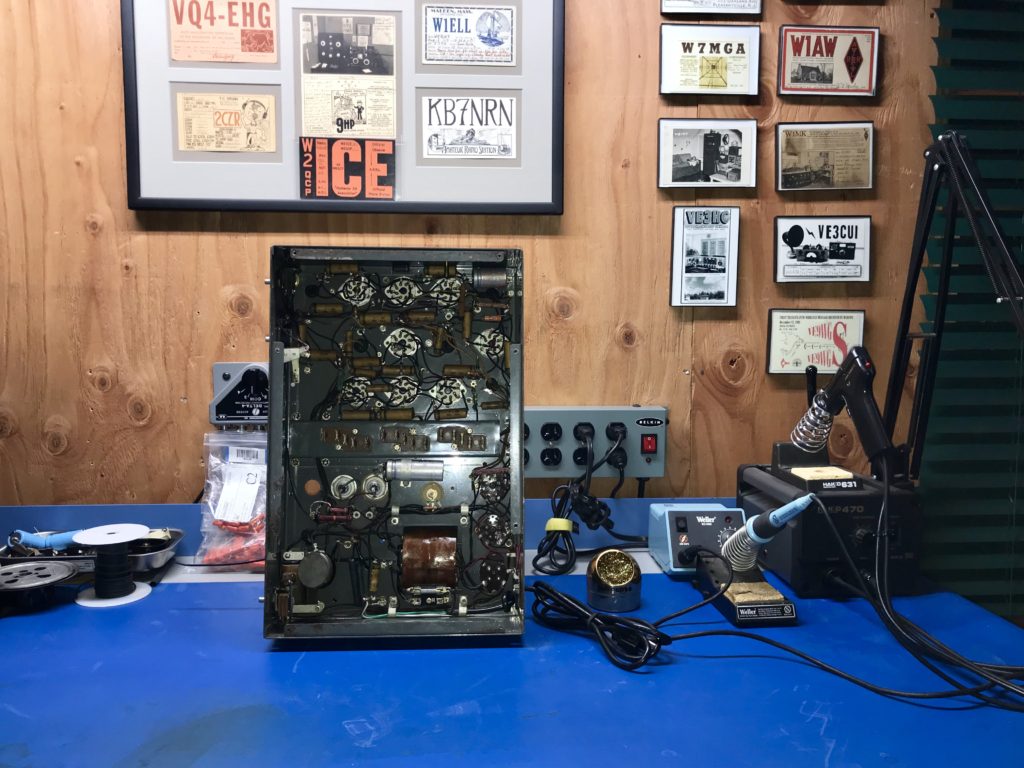 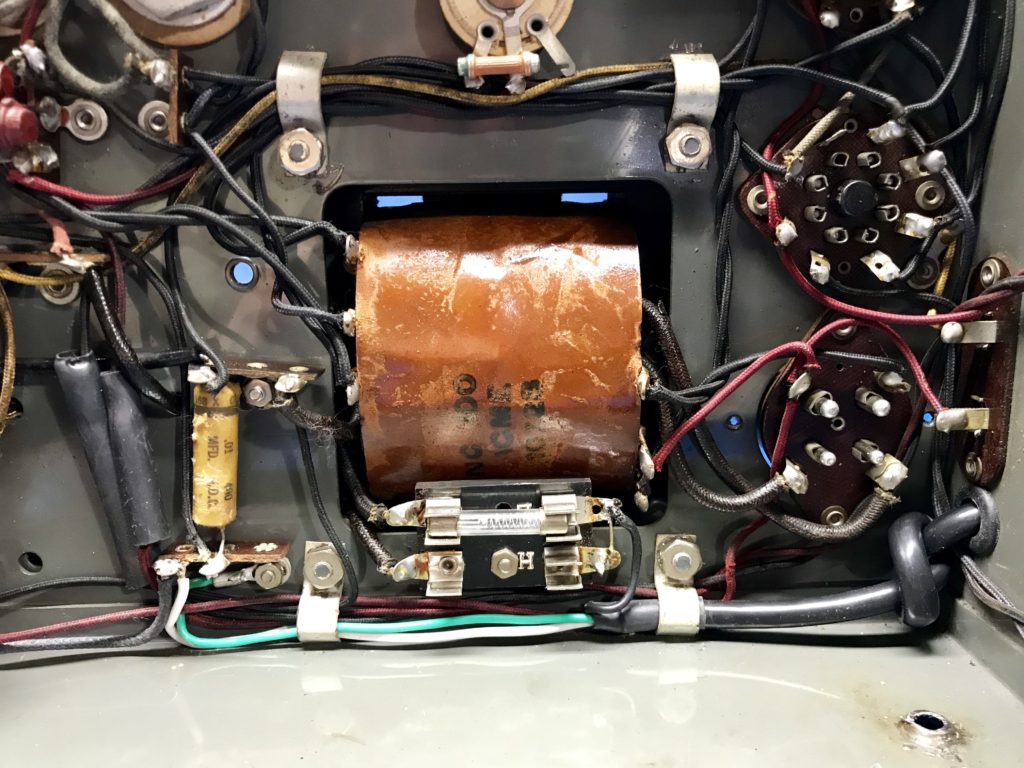 I’m always intrigued when some former owner leaves his handiwork or mark on radio gear from the past. I recently came across the HRO receiver coil and caught my eye how much effort the previous user had put into making up a logging scale for the set. He must have been an avid listener to have taken the time to create such. I imagine that one could go back through the station list and get a pretty good idea of the year and even location of the previous owner. 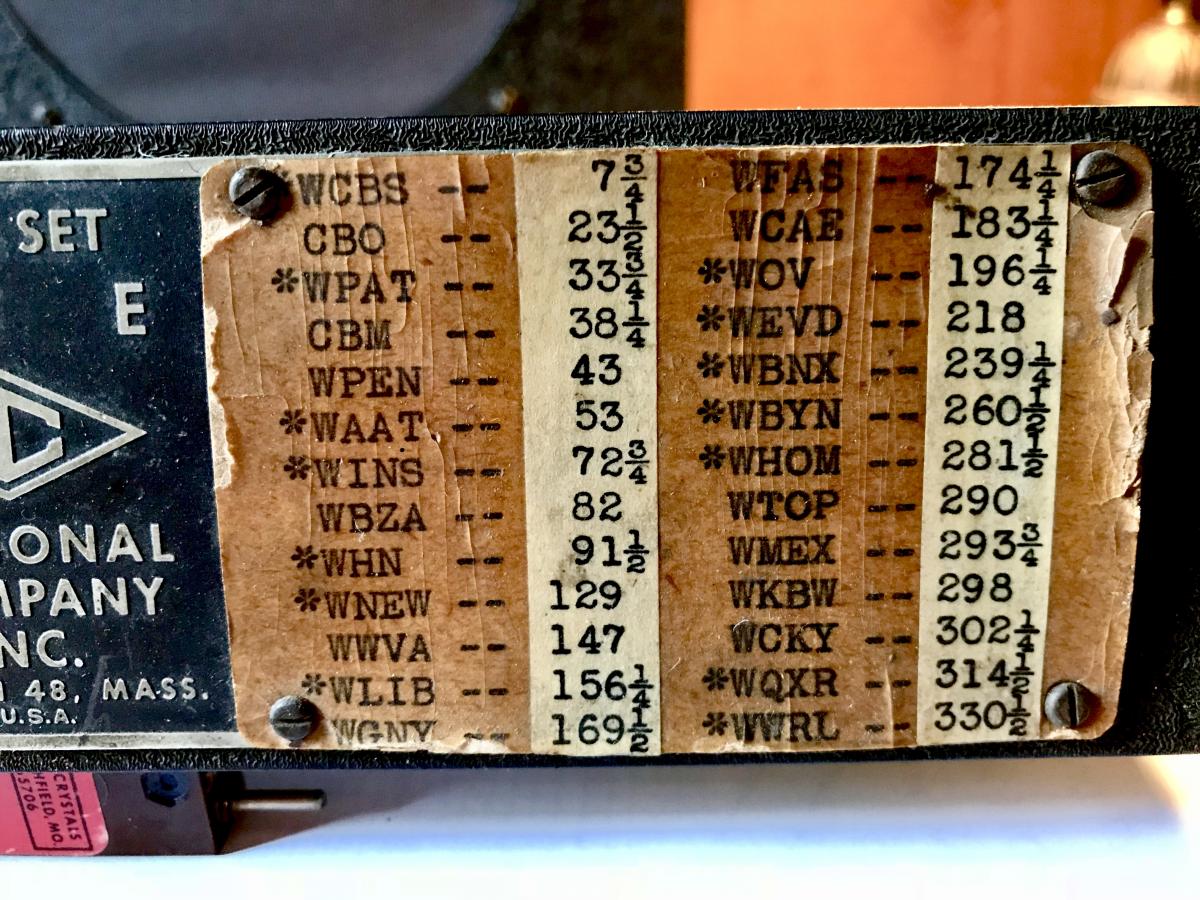