Continued on with the restoration of the National NC-101X today. Removed the sheet metal enclosure, which required removal of all knobs again, then carefully undid the front drive gear, part of the rack and pinion gear set that moves the “catacomb” coil holder from band to band.

Once the sheet metal was removed, I could access the two large flat head screws on each side of the case, that held the rod on which the catacomb coil slides on. Both screws came out with minimal effort, but removal of the rod was another story. Two large “dimples” on either side of the case go into the countersunk ends of the rod, effectively locking it in place. The side on the left, receiver front facing me, had an additional star washer on it’s end. I debated using some sort of small jack to move the chassis walls apart enough to get the rod to pop out, but was able to do it with some strong “elbow grease” and a large screwdriver. There is a small braided ground wire on the rod that must be detached as well.

Once the rod was out, it was a simple matter to remove the lower catacomb cover, and then individually remove each coil, which is really a tuned circuit, consisting of an inductor and air variable capacitor. They were held in by two flat head screws and star washers, to avoid mix up during assembly, I sort in the order they came out, and also used a Sharpie to made a line or dot on each coil to indicate it’s position – 1, 2, 3.

Both halves of the catacomb were then put in the dishwasher to remove the decades of hardened grease and grime that had built up. I’ll clean each coil set by hand during assembly. 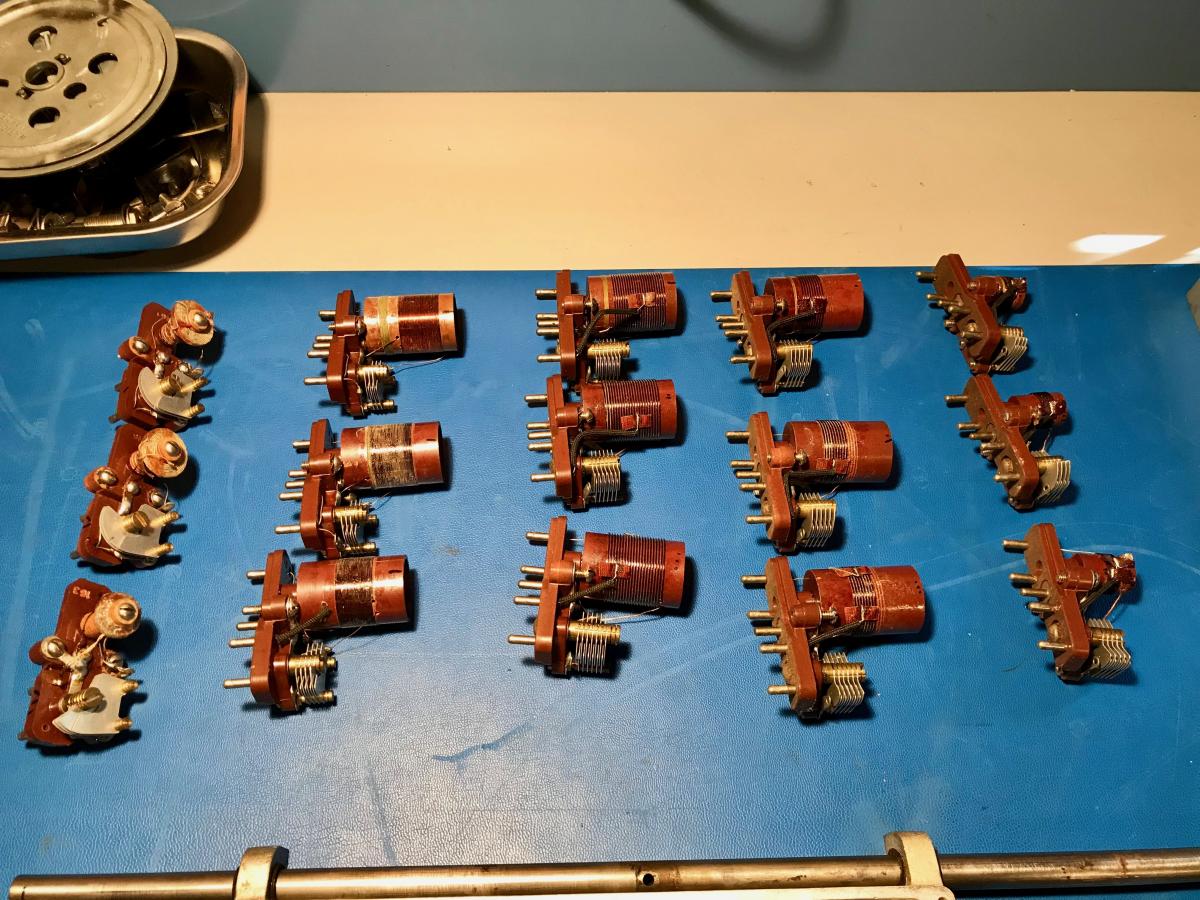