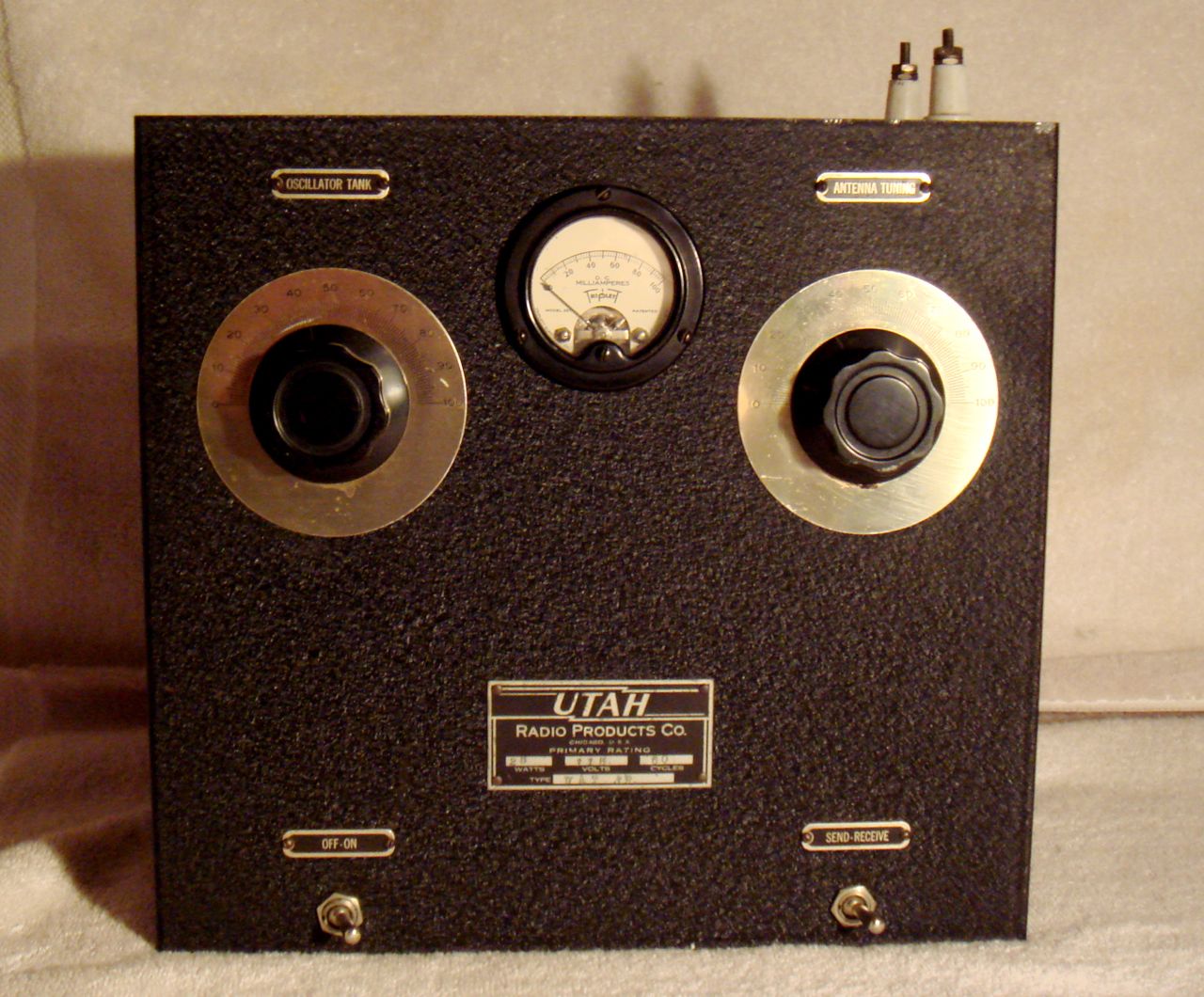 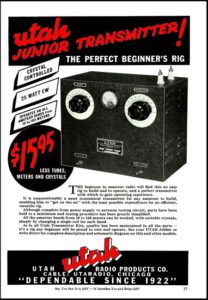 From the engineering diagram, it appears that Utah first offered this unit for sale in late 1937. Aimed the new ham, it was a entry level unit, sold for $15.95, and offered CW only operation. The design is quite simple, consisting of only one rectifier tube, and a single 6L6. Despite the simple tube layout, Utah claims coverage from 160 to 10 meters with the appropriate crystal and coil.

Overall, I found my unit quite clean, but upon disassembly on my workbench to replace the missing line cord, I discovered that the some had replaced the power transformer. Further testing revealed that the electrolytic filter capacitor was shorted, most likely the reason the original transformer needed replacement. The original filter cap was encapsulated in wax, inside a cardboard carton, so a suitable replacement will need to be fabricated. I believe that I can melt the wax out with a heat gun, and install a modern electrolytic capacitor, while still retaining the vintage look. Clearly someone had been working on this unit before, little wiring was connected in the power supply, it appeared that someone had started the project, but not finished. I removed all components from the power supply deck, and will rebuild from scratch.

The RF deck was another story, complete, but very much in need of a good cleaning. In addition, the kit builder was not terribly skilled, and most of the soldering needed rework. These kits were sold as an entry level kit, often to newly minted hams, so one would expect that experience in kit building would be lacking. I have no doubt that the unit worked at one time, but had clearly been sidelined with the power supply failure. As pretty as much of this vintage gear is, I like it to be functional, and not just for shelf ornamentation. So restoration needs to be carried out in a manner which is both authentic, and yet allows consistent and reliable operation. Whenever possible I always use new old stock parts, and this kit will be rebuilt in my usual manner.

Following the same strategy of the power supply deck, I disordered and removed all components from the RF deck, inventorying all in Ziploc bags to ease the future rebuild. The resistors, caps and chokes will be checked, but much of the cloth covered vintage wiring is showing its age, and will be replaced.

With the deck components removed, but leaving the air variable caps in place, I then ran both the RF and power supply decks through my dishwasher, placing them on the upper rack to avoid heat damage. This treatment, really does wonders, and no damage occurs if the system is run on low heat. I would however, suggest removal of any component which has a decal or label.